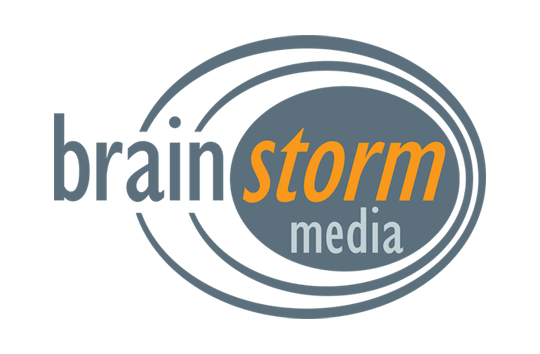 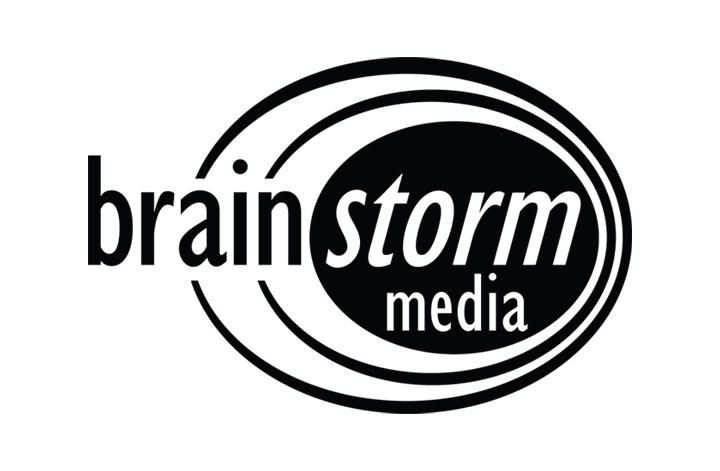 We are creative professionals with unique character.

For over 25 years, Brainstorm Media has helped our clients
communicate more effectively with their customers and employees.

We LOVE what we do! 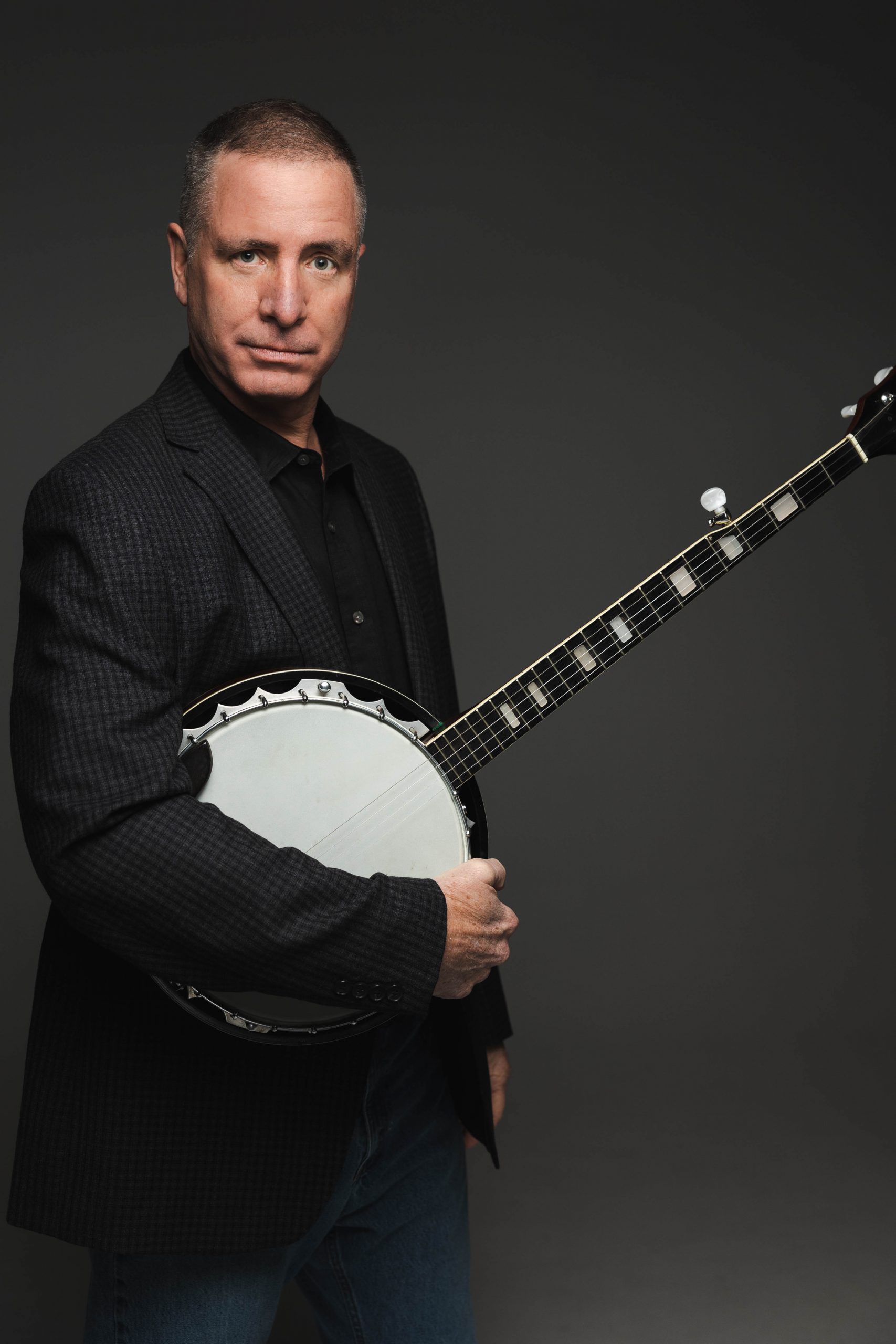 Ron has loved the art of visual communication since the age of 10 when he mastered the Super 8 movie camera, making short features with his friends and family. He worked behind the scenes in professional theater, network television programming for CNN and documentary production for PBS. With a degree from Ohio University in video production and management, Ron has worked in similar roles at CBS and ABC affiliates in Columbus, Ohio. In 1997, Ron founded Brainstorm Media and has worked hard to assemble some of the most creative and talented communication professionals in the business. 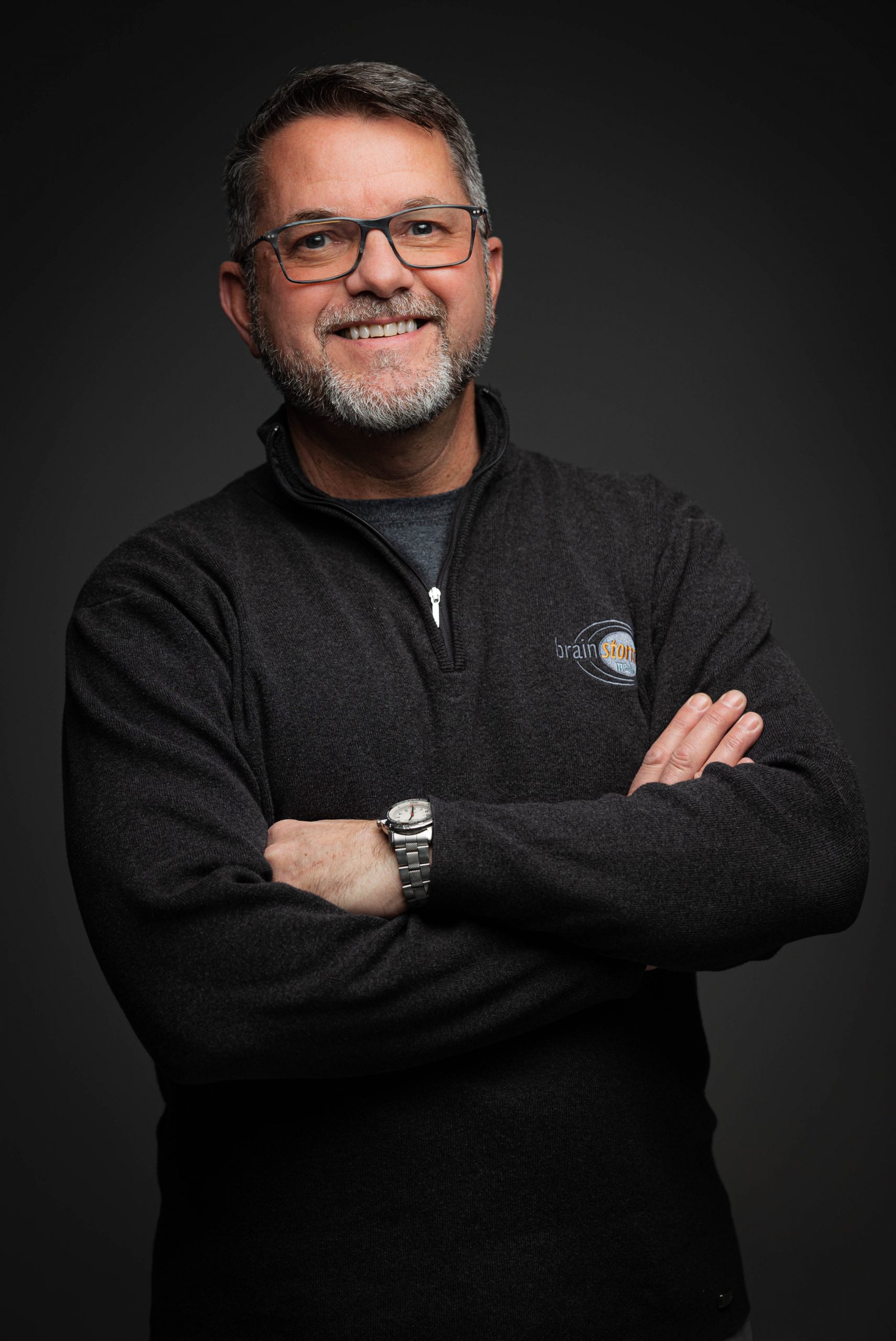 Bret was a psychology major at Ohio State, until he took a course in the psychology of the audience. He fell in love with the art of film/video and the ability it has to influence thought. Throughout his career of 35+ years, Bret has created content for numerous TV networks and production companies, earning Emmys, Addys and more.  He served on the board of the American Advertising Federation for over a decade, with two terms as President. In addition to being the President of Brainstorm, Bret is happiest writing, producing or directing projects, always focused on the thoughts of your audience. 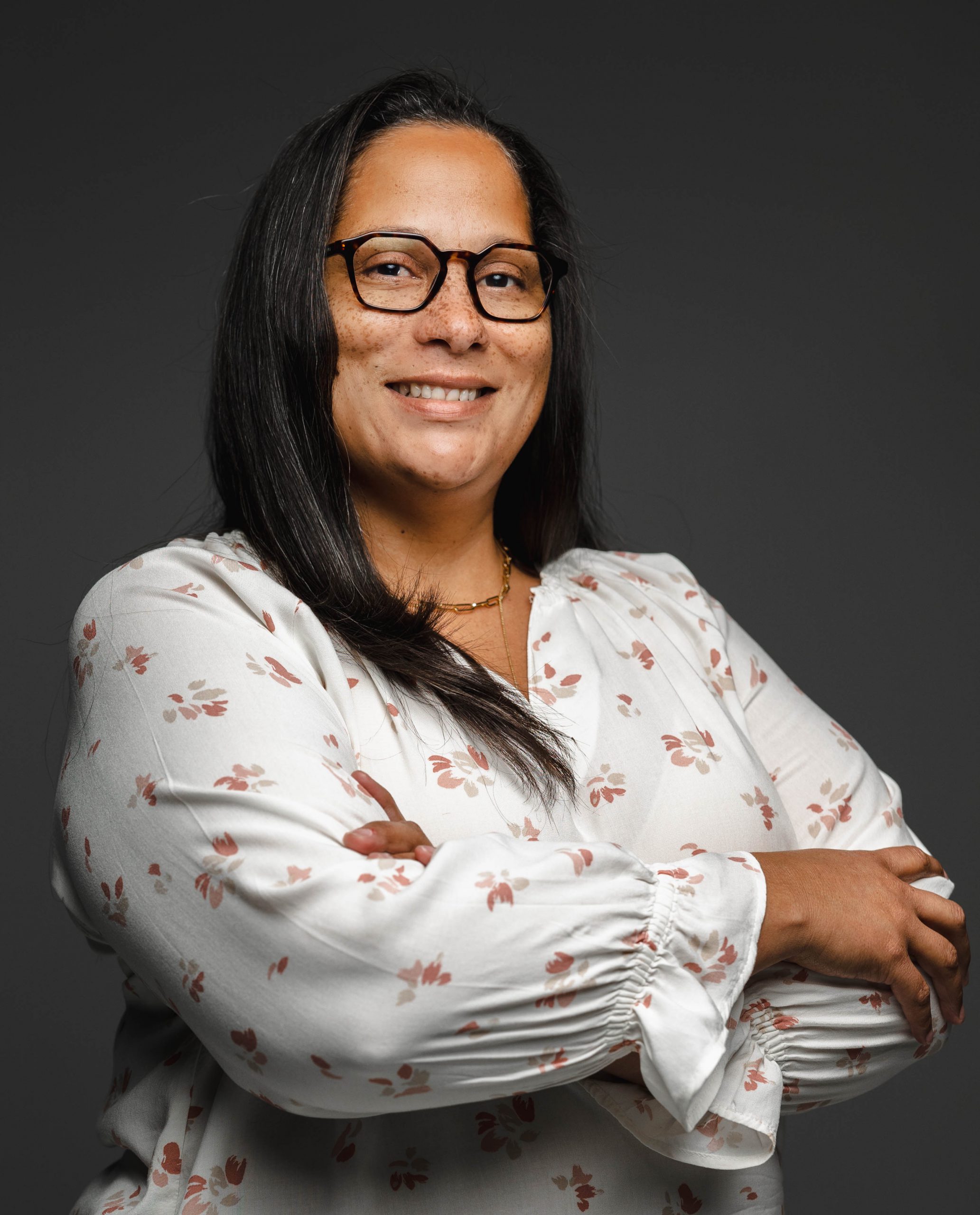 Pam Hall grew up in sunny California, eventually making her way to Ohio where she landed in the world of production. After 20 years in the business she’s still going strong. Starting as Brainstorm’s Office Manager in 2008, Pam jumped in feet first and was promoted to Director of Operations in 2014 and currently serves as our Vice President. Pam keeps us all in line, on task, and takes great care of our clients too.

On the weekends Pam loves family time with her husband and two sons. As Pam says, whether it’s a walk in the park or watching a movie, everyday is a family day. 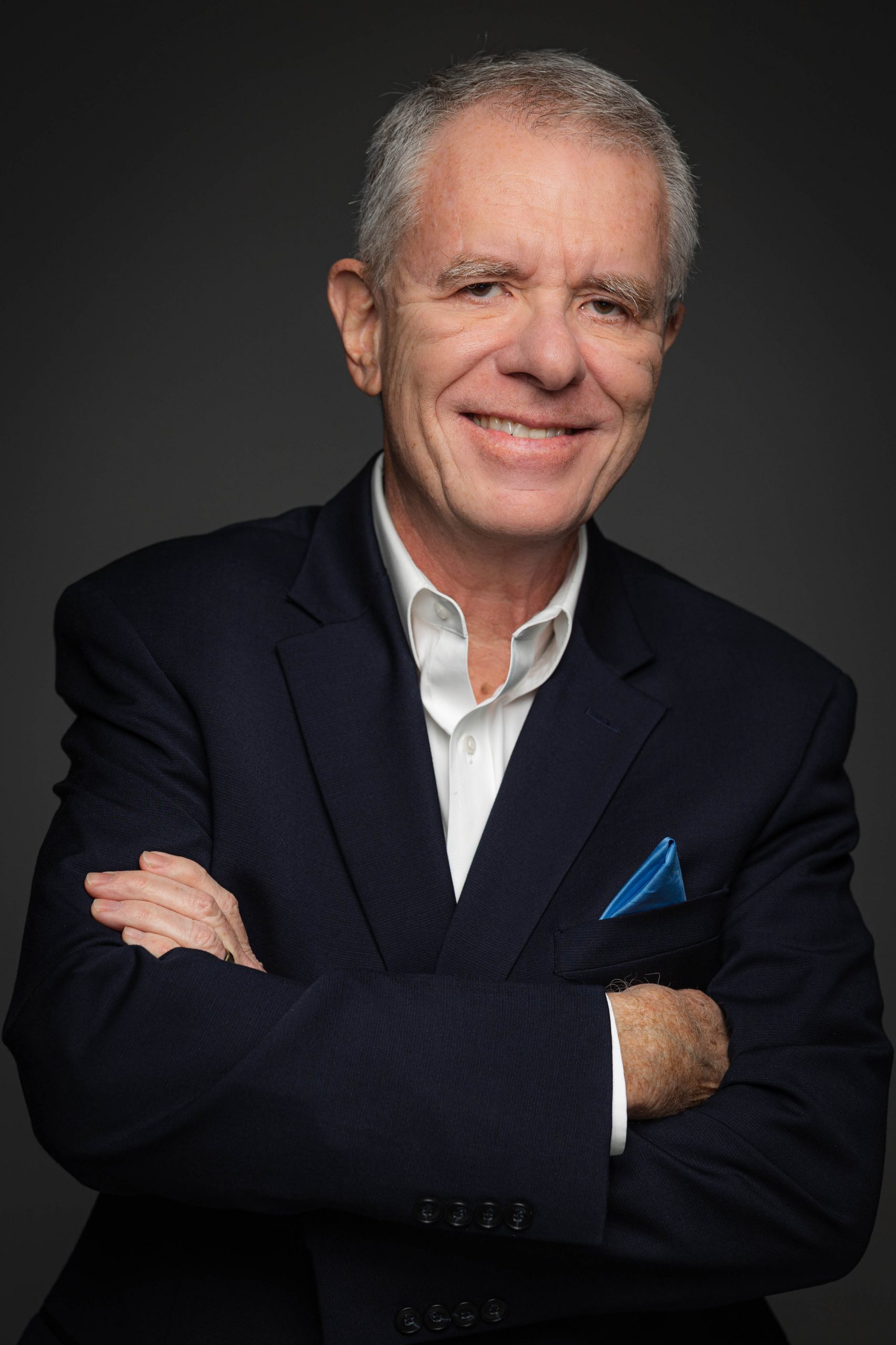 Bruce Knox joined Brainstorm Media in 2002 as an Account Manager. After attending Akron University, Bruce was a radio News Director in Northeastern Ohio, and became the Marketing Manager for IMAX theatres in Chicago and Columbus. Bruce’s clients span a wide range of industries and organizations, which he really enjoys.  Bruce also takes on the role of Producer for many of his clients. While at Brainstorm Media, Bruce has lent his voice to 100’s of voiceover projects, won two regional Emmy Awards and was an Executive Producer of the 2021 Midwestern Regional Emmy Awards virtual broadcast.  Bruce also served on the Board of Directors for the American Advertising Federation, Columbus and as Chair of the ADDY Awards. 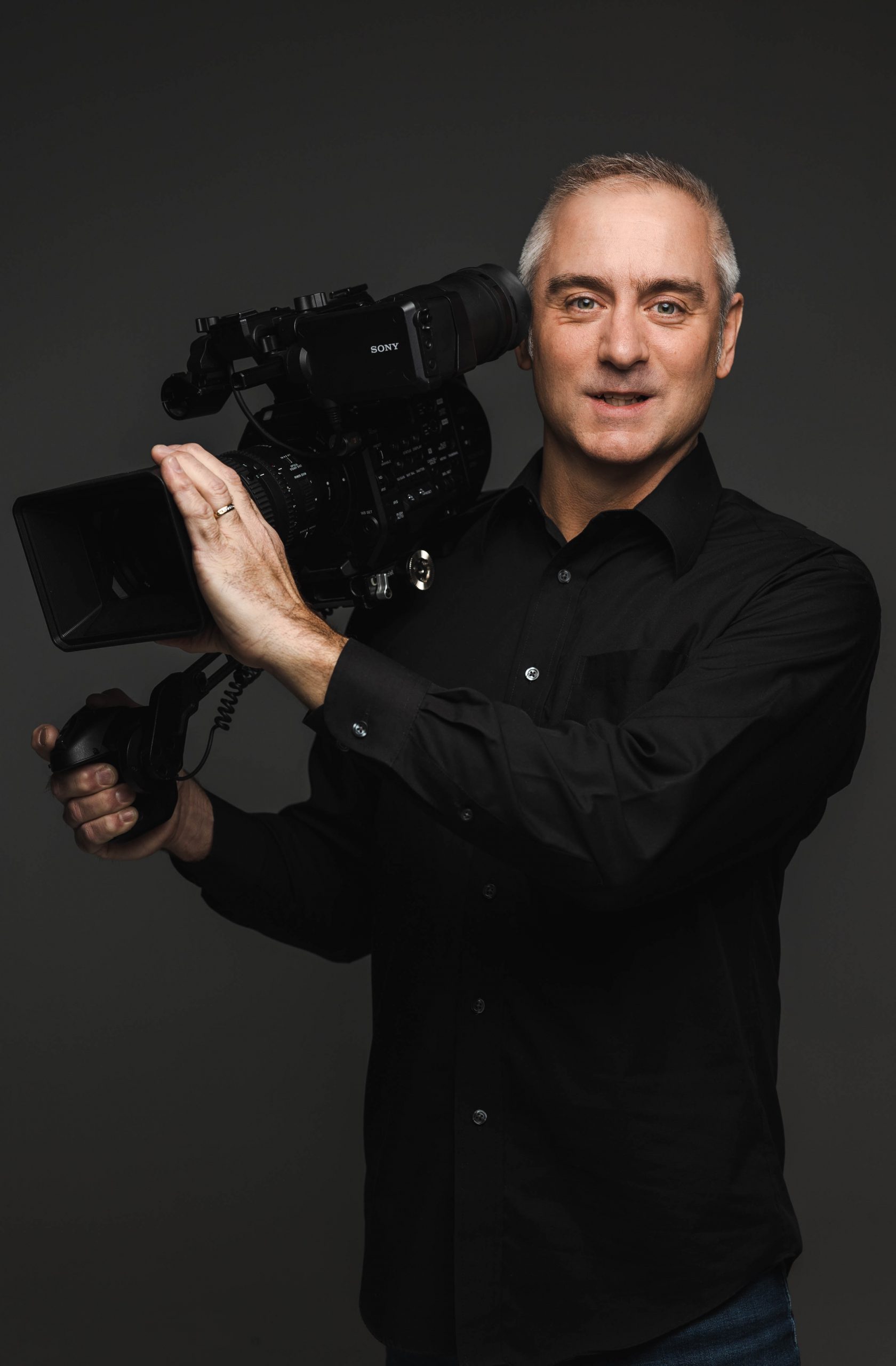 Bill is an alumni of THE Ohio State University and began his career there as a work-study student with WOSU-TV. Since then Bill has spent 30 years in commercial video and live event production. Bill joined Brainstorm Media back in 2008 as Production Manager and enjoys working as a Director of Photography and as a Technical Director for a wide range of clients and projects.

When Bill’s not behind the camera, he can be found spending time with his lovely wife and 3 boys or playing a round of golf somewhere near Columbus. 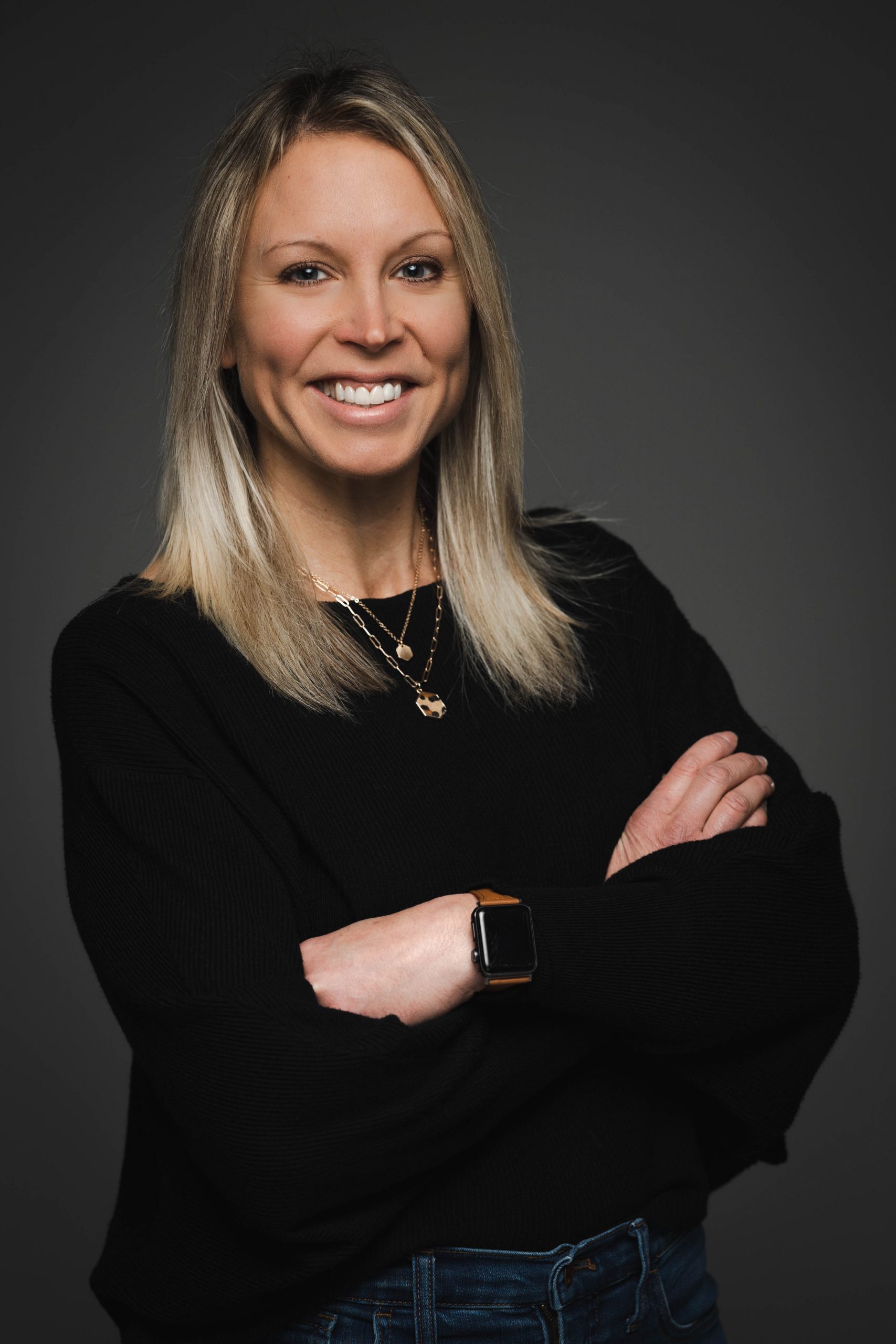 As a kids news anchor for WBNS-10TV, Jen Duffy discovered her passion at a young age – TV production. After graduating from Miami University, Jen briefly worked in radio at Sunny95 before she began her career with Brainstorm in 2001. In addition to producing and managing projects, Jen can be found in the audio booth lending voiceovers to commercials and long format pieces.

Jen enjoys spending time with her husband and kids. In her freetime she can be found driving her kids to their activities, volunteering in their classes or enjoying a good workout. 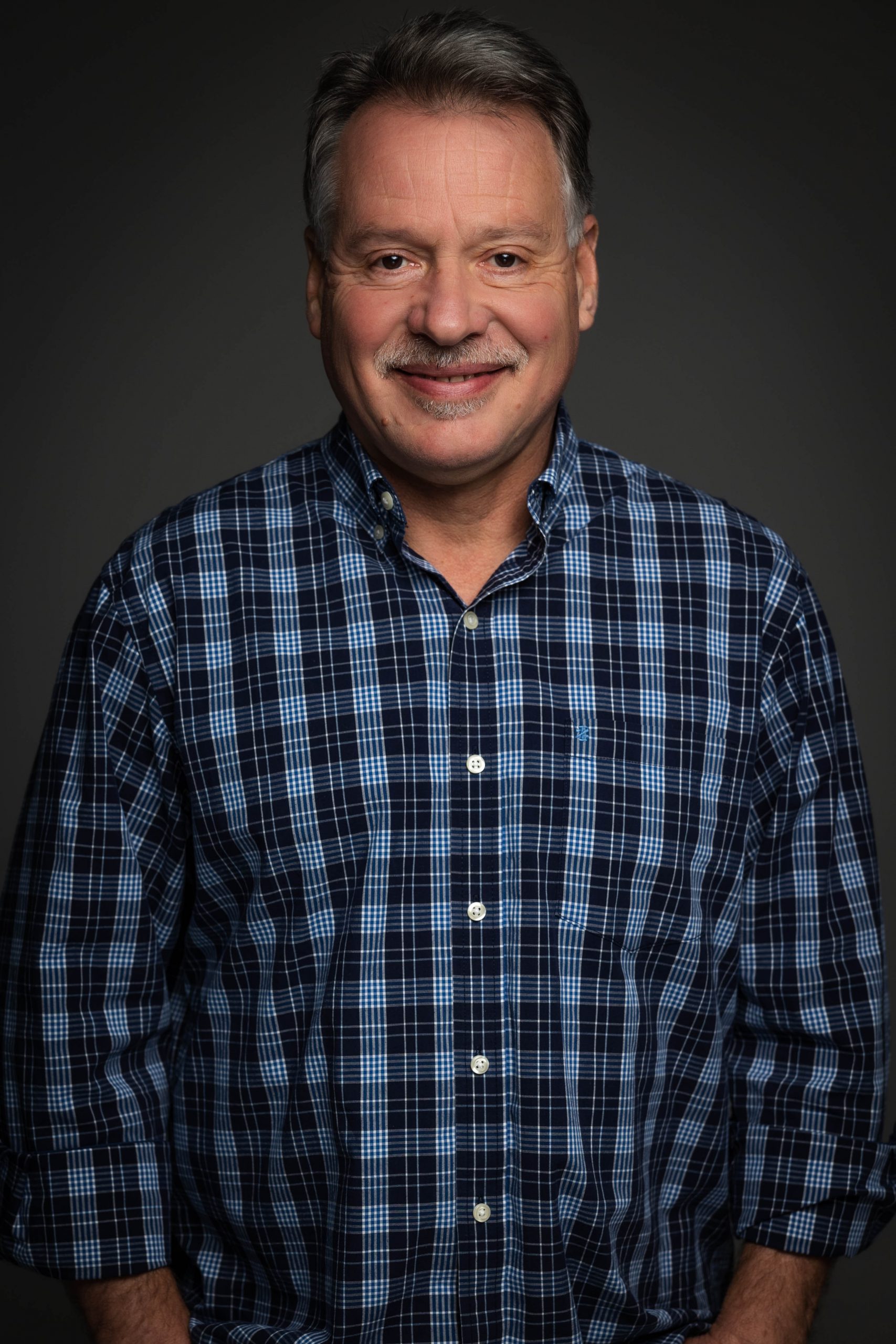 John Hetrick has spent most of his life making things sound good.  Since receiving a Bachelor’s in Recording Engineering at The Ohio State University, John’s spent over 30 years in the world of audio.  Whether it’s creating jingles from scratch, mixing commercials and videos, or running field audio – John does it all.  His work has brought him several Addys over the years.

When not at work John can be found watching sports with friends, mentoring through the Big Brothers Big Sisters program and working with dog rescue organizations with his wife. 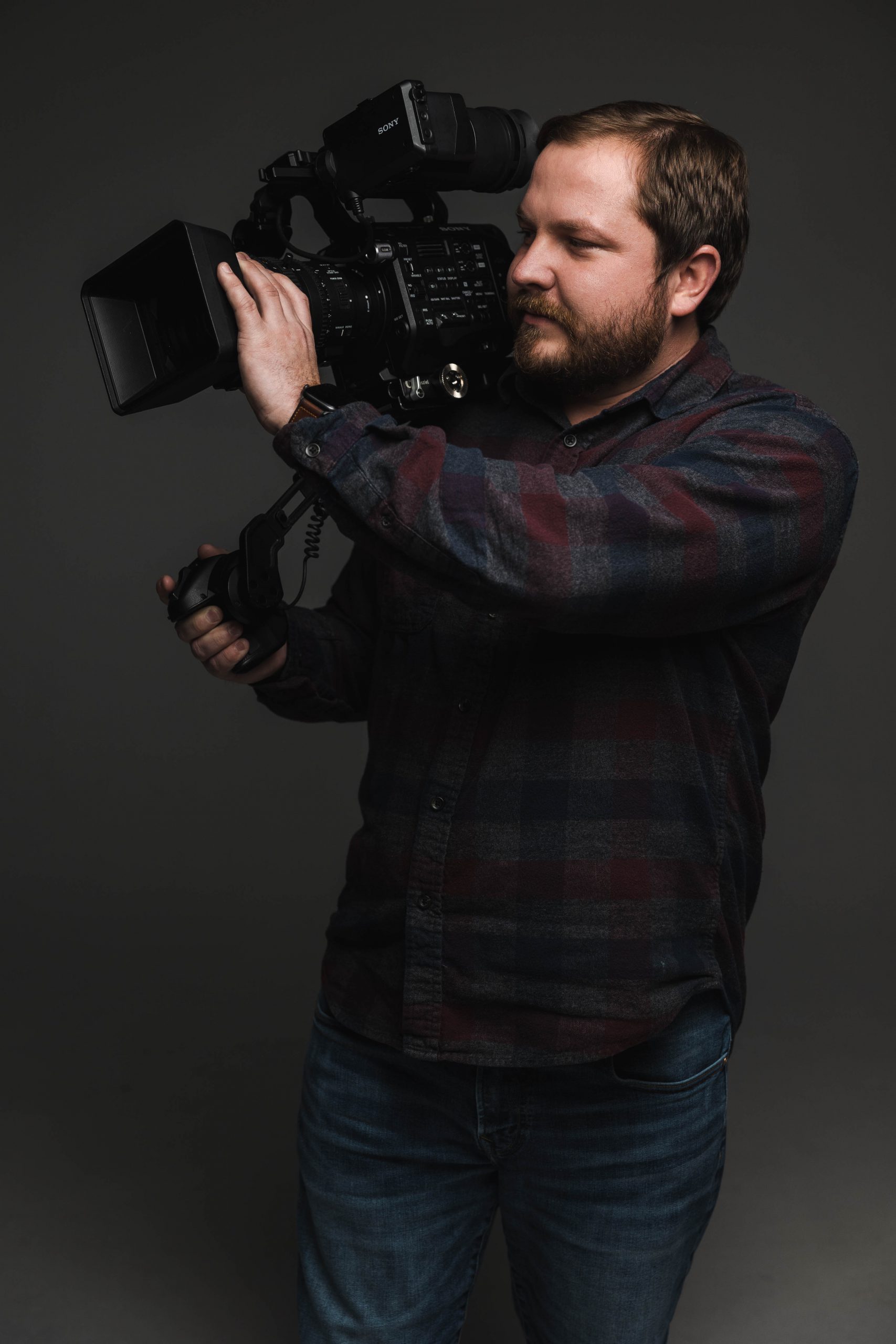 Ryan Newell first joined us in 2009 as an intern. While finishing his degree, Ryan stayed in touch and completed numerous projects that caught our attention. After graduation from The Ohio University, Ryan’s talent, resourcefulness, and work ethic led us to bring him on board in 2013.
When not at work, Ryan can be found partaking in various outdoor pursuits such as backpacking and kayaking to ultimate frisbee and music festivals. He has also been know to brew and enjoy a quality adult beverage from time to time. His happy-go-lucky personality will bring a positive and fun experience to your next project. 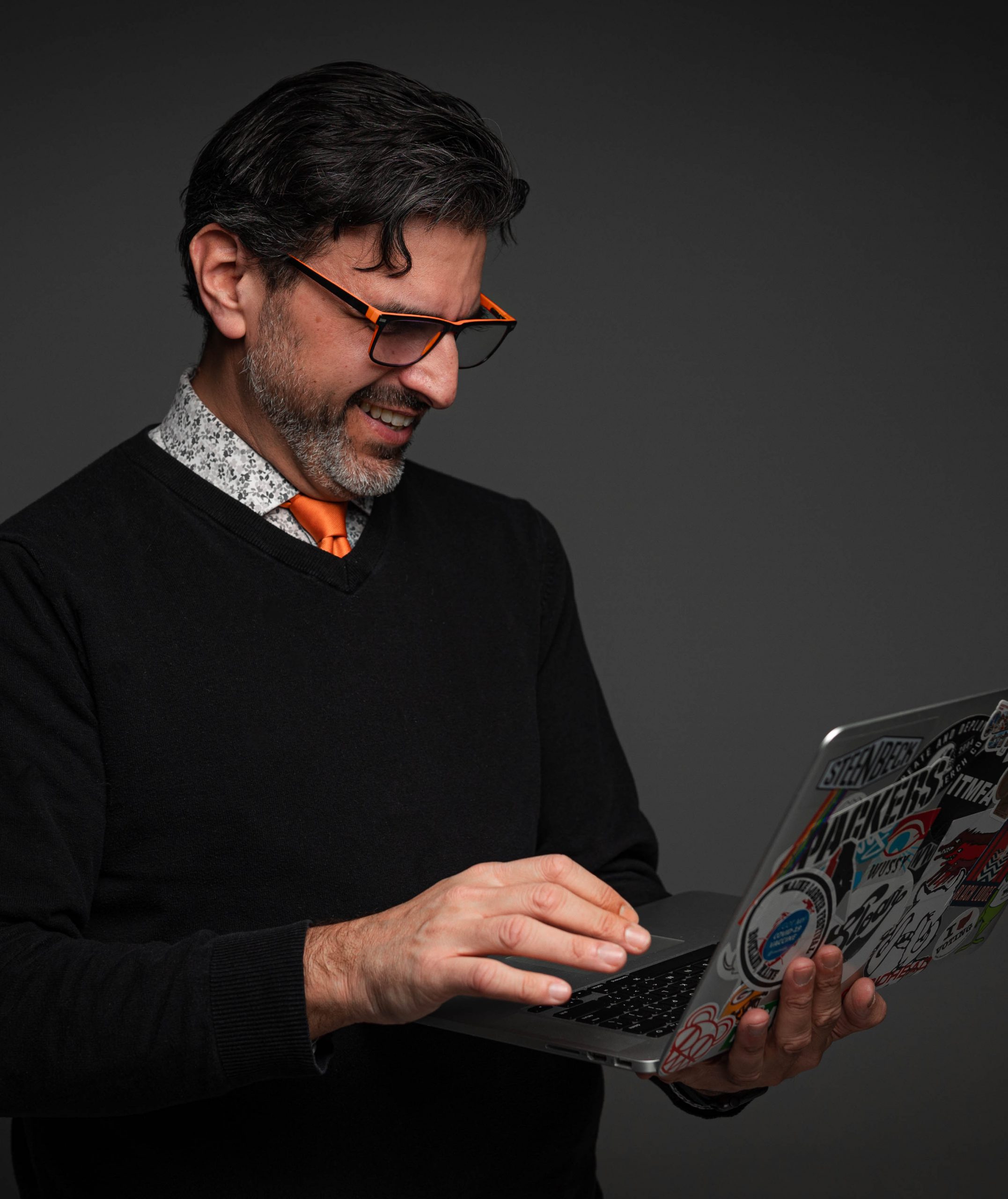 Will Woolf made his way from Milwaukee, WI to New York City, earning a degree in Film & Television Production from New York University’s Tisch School of the Arts. For the last 24 years Will has found success in many areas of media production, from local television production to internal agency work as lead editor within a Fortune 100 company. His creativity and hard work have earned him three regional Emmy Awards along with the trust of countless colleagues and business leaders.

Will lives outside Hilliard, OH with his wife and two kids. He nearly always has a podcast or audiobook playing, loves movies and cooking breakfast, and owns (a small fraction of) the Green Bay Packers.